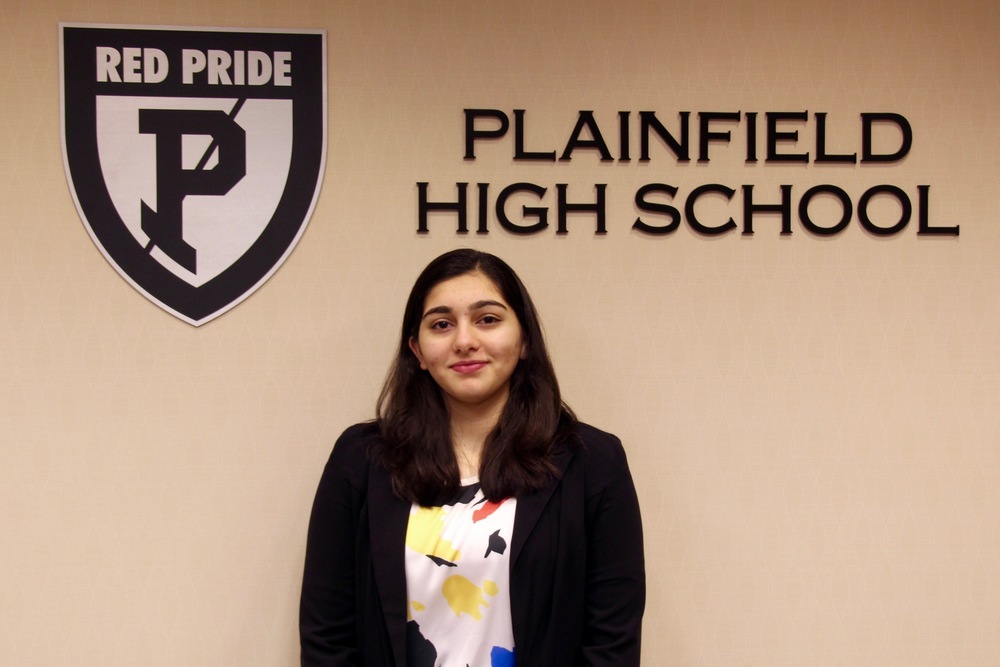 The future medical school student is finalizing her college plans, but an Indiana university is on the short list.

At PHS, Sidra is incredibly well-rounded, while maintaining a 4.8 GPA. She serves as Vice President of National Honor Society, is Secretary of the Student Government Executive Board, has been Math Captain of the Academic Super Bowl team, and Co-founded and is President of Food for Thought. The four-year soccer player is involved in DECA and the Interact and Key Clubs, in addition to numerous community volunteer programs.

Beyond her high school activities, Sidra volunteers in equally diverse and meaningful ways, but counts her recent mission trip to Guatemala as one of the most significant. While there, under the organization of Rotary International, she worked in a clinic providing medical aid to children and adults without health care.

This outstanding young woman is a wonderful representative of Plainfield High School, and we are extremely proud of all she has accomplished. Congratulations Sidra!