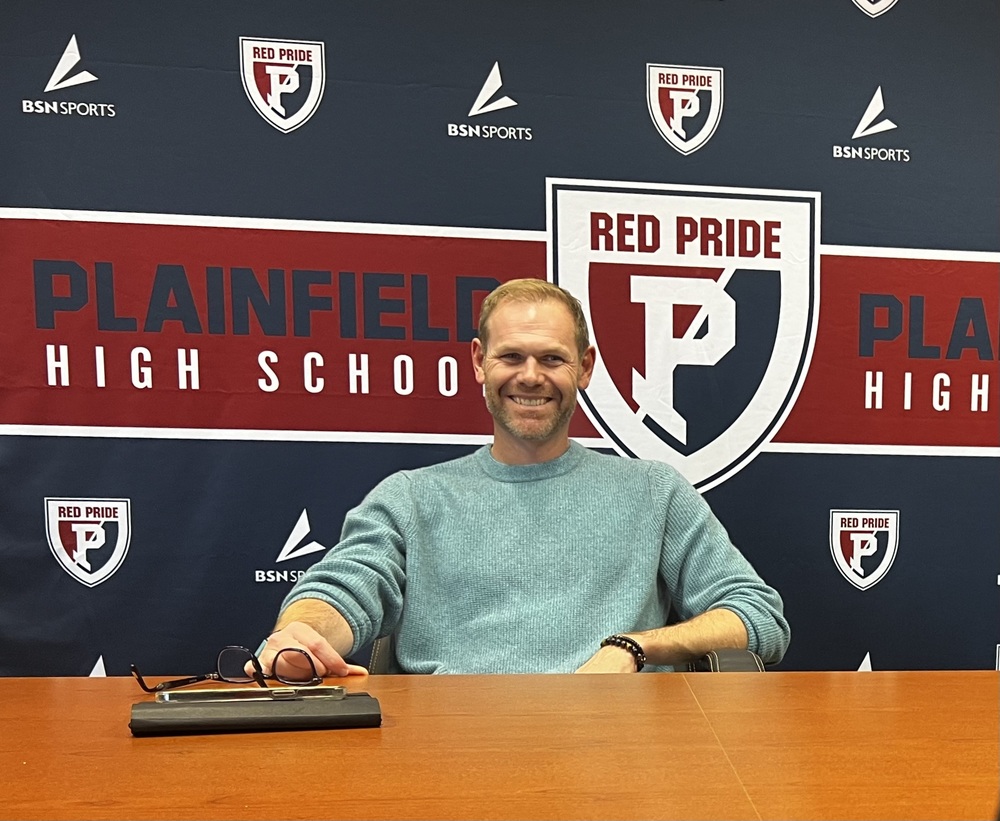 Who Doesn't Love A Redemption Story? -- Behind Jeremy VanDevender's Fight To Give Back

We love when our former students want to give back to Plainfield. It shows that we made an impact on their life in such a way that they felt the need to pay it forward. For some former students, their time at Plainfield is looked back on fondly, as some of the highlights of their early years. For others, however, their time at Plainfield is wrought with struggles, issues, and the messiness of their circumstances.

Jeremy VanDevender is an alumnus of Plainfield High School, where he attended from 1992-1994, having moved here from Ft. Wayne between his sophomore and junior years of high school. Jeremy said, “I look back on this stage of my life, at 15 or 16 years old and reflect on being a child who was in a very challenging place emotionally, socially, even physically.  My home life was one of discord and dysfunction.  When we moved from Ft. Wayne to Plainfield, I was 16 years old and the move was certainly a difficult time for me and my family, this was the last of more than six major relocations during my childhood and brought me to my fifth different school in as many cities in just ten years.  My father had lost his job for the 2nd time in just 5 years and we as a family were incredibly unhappy and there was a great deal of struggle for us all.”

His father struggled with severe mental health issues and alcoholism during his childhood, and those struggles deeply affected all members of the family.  He recognizes now that his sophomore year of high school prior to moving to Plainfield was one of the most challenging of his life.  He’d quit playing basketball, was struggling significantly with his grades, and had essentially quit on everything that he cared about.

When he came to Plainfield, it felt like a new beginning.

“Moving to Plainfield gave my life a restart that I really needed, I felt like I turned a new chapter, and I had a chance to start over in an entirely new environment.  Unfortunately, with that opportunity, I really squandered the gifts that could have been mine both athletically and academically and my presence within the Plainfield community is not something that I am proud of.  The challenges in my family life and presence of mental illness and addiction in my home did not go away, in many ways they only got worse.  I didn’t know it at the time, but I was caught in a cycle of dysfunction and simply did not have the tools nor the support to break that cycle.  Had I known the nature of my struggles, I could have sought assistance and support, but as a high school student and even later, I just didn’t know that this was possible.”

As he transitioned to PHS,  Jeremy started playing basketball again in his junior year, and ultimately lettered as a senior, an experience that he still looks back on as one of the brightest in his life, stating “basketball gave me a light when everything else was dark, it gave me meaning, it gave me connection to a community and a sense of value that I had never experienced before in my life, unfortunately my behavior driven by my personal circumstances at home held me back from having the positive influence on the community because I was so lost and angry all the time.” 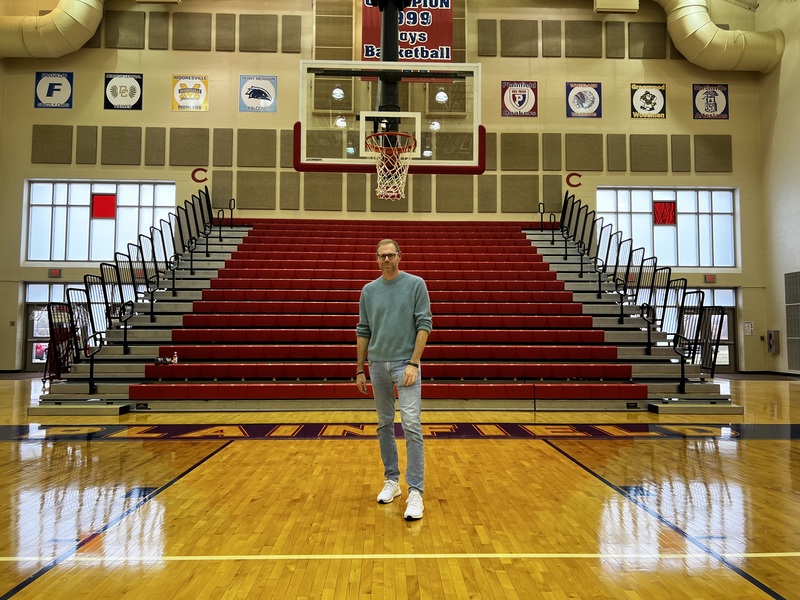 But like many stories, happy endings take a while to come around.

His time at Plainfield is tinged with regrets and unhappy memories.  Jeremy’s academic performance suffered in high school, and he was perpetually underperforming in school and his behavioral issues only worsened culminating with his nearly being expelled shortly before graduation for substantial behavior problems, rebellious tendencies, and disrespect for authority.  All issues that he says plagued him in college and well into adulthood. He also recognized that his decision on a post-secondary education was solely based on finances, which left him with only state schools as options. “I knew very early on what was required to go to a state school and thus really set my standards low against my capabilities.  I didn’t challenge myself at any point in high school, I really didn’t care about my grades, I perpetually performed well below my capabilities in high school based upon these self-imposed restrictions.”

For those reasons and so many more, Jeremy and his family have decided to create a $10,000 annual scholarship for a student who might fall into the same category as Jeremy did once upon a time. This scholarship has been created for students who have experienced unique challenges in their life, such as family tragedy/loss, challenging financial circumstances, challenges in family dynamics who – without support – may struggle to meet their highest capabilities academically and personally. He envisions that this scholarship will potentially transform their opportunity for a college education and allow them to have an experience that will be life-changing, potentially allowing a student to go to a school of their dreams and thus experience a fulsome college experience both academically and socially that will set them up for the ultimate success.

“I want to see a student from challenging circumstances view their college opportunities as limitless or only limited by academic capabilities or a personal desire to reside in a certain area versus having to be limited by challenging circumstances that may hold them back.”  To have qualified to apply for the scholarship, there is no obligation for a certain area of study, only the enrollment in and commitment to attend a 4-year accredited university or college immediately upon graduation from high school.

Mr. VanDevender is so deeply invested personally in this process that he partnered with Plainfield High School’s Guidance Department to identify students who fit this description. He came to Plainfield, from his home in Chicago, to interview the finalists. He wants to have this scholarship recipient develop into a mentee for himself in the future. 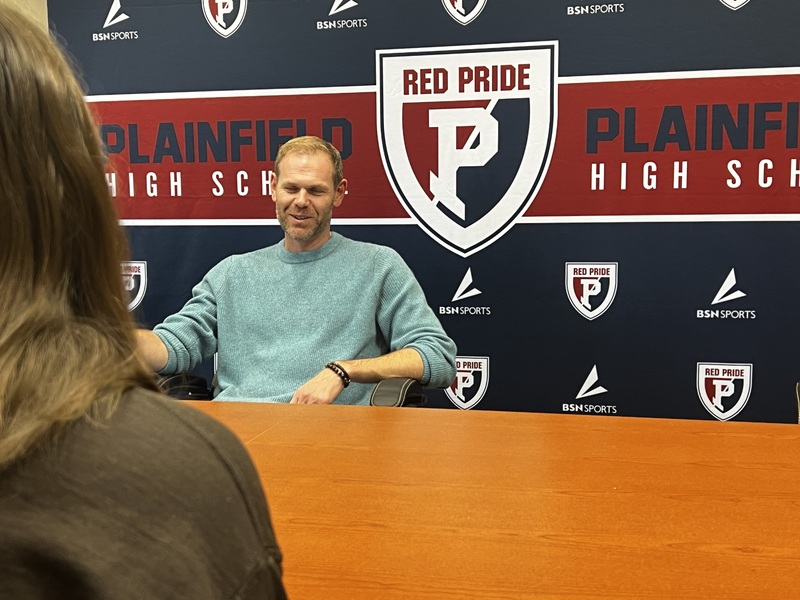 “I hope that each scholarship winner has an opportunity to engage with me as a mentor as they advance personally, academically, and professionally. Mentorship is critical to success, I did not have a real mentor until I was 40 years old, and the world can be lonely without people to lean upon.  I hope that I can have that kind of a positive impact on each scholarship winner, provide insights and guidance along their path and be a positive impact in their lives, something I never experienced but I now know I have yearned for throughout my life.  In my experience as a business leader and in making investments in individuals, there is no better trait to invest in than grit and resilience.  Give me a person with resilience against someone who has never struggled, and I will invest in the individual who has overcome challenging circumstances 100% of the time, there is something so special about the ability to overcome life’s challenges and I am particularly inspired by young people who demonstrate this type of grit, that is what this scholarship is all about, investing in grit!”

The VanDevender Family Scholarship will be presented to the recipient on Saturday, December 3. prior to tip-off at the Boys' Varsity Basketball Game.

This scholarship is going to change someone’s life trajectory and he’s excited to play a part at mission control.