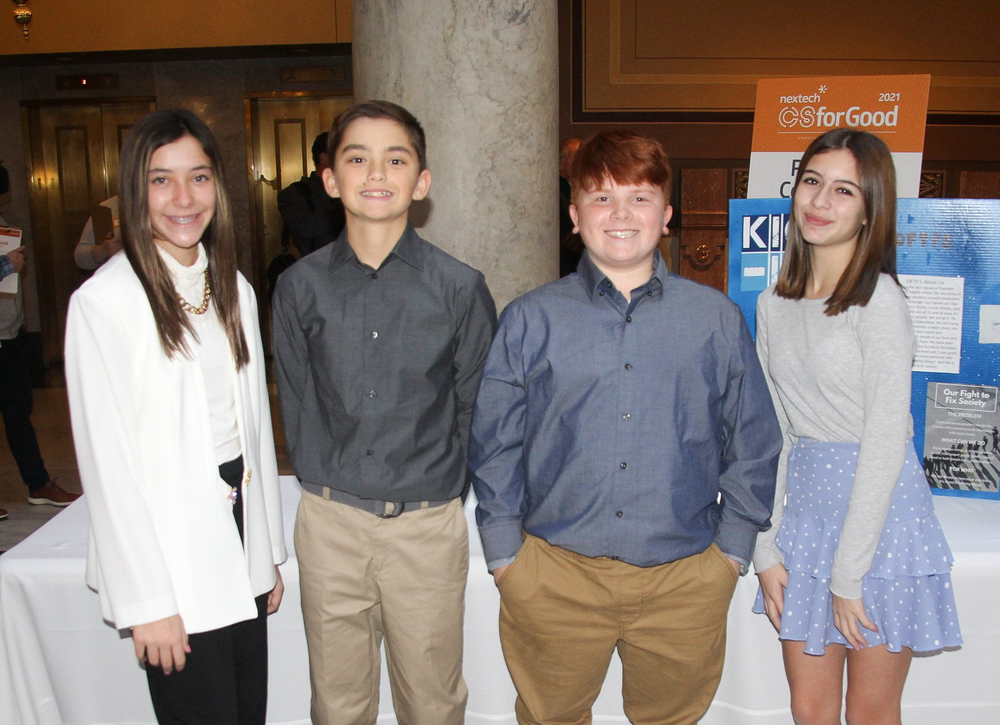 While Plainfield Schools puts an emphasis on STEM (Science, Technology, Engineering and Math) projects throughout the school year, some students go above and beyond to use their knowledge to solve problems that they see. 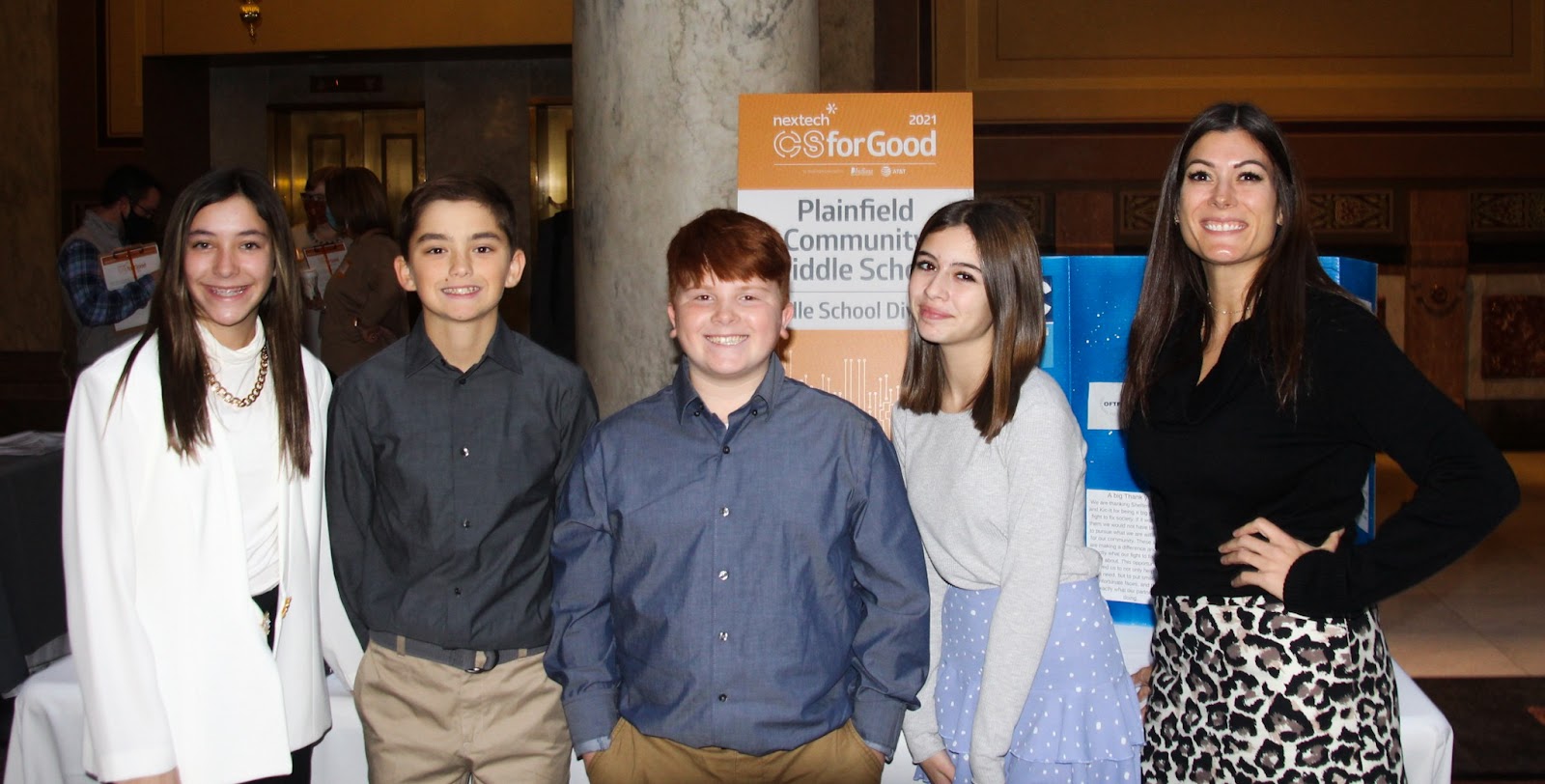 For students on the Tech Squad at PCMS, they saw a need: how do we organize and raise donations for community outreach programs, and how can we use STEM to help?

As the students said, “Our team has been working on figuring out a problem in our community, but little did we know the problem was right in front of us.” Since school guidelines prohibited them from receiving monetary donations, they knew that they could ask people to donate, knowing that “any people are keeping things they do not need or use.”

This need echoes the parameters for the CSforGood Competition, sponsored by NexTech. K-12 students from around the state were asked to use computer science to innovate, create, and build positive change in their schools and communities. They were then asked to submit a lengthy presentation and video to NexTech, which would be used to determine the finalists.

Plainfield’s Tech Squad team was selected for the finals of the competition and they presented their project to judges at the Indiana Statehouse on December 8, 2021. 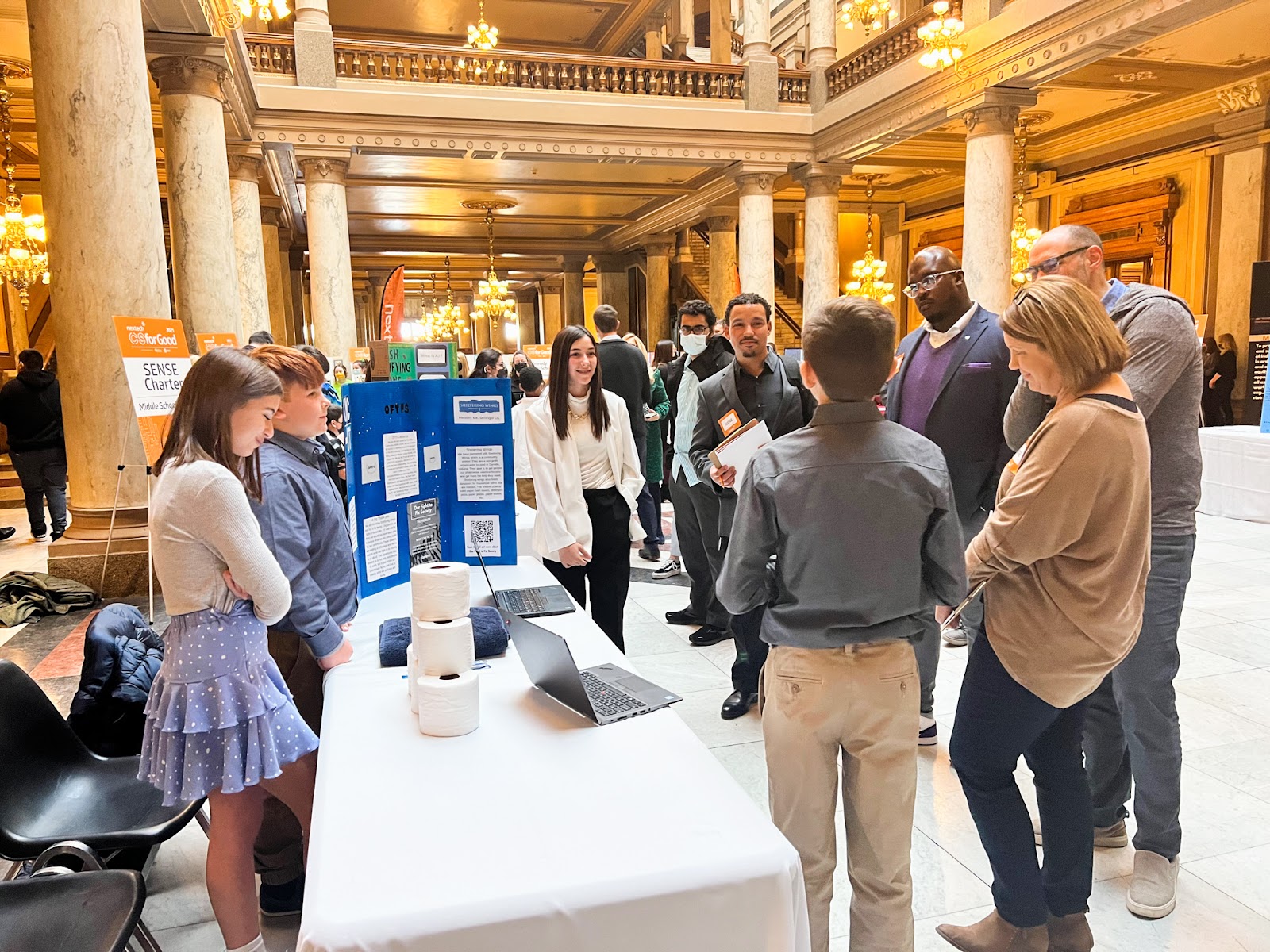 These middle schoolers were interviewed by local news stations, where they were afforded the opportunity to explain their submission and The Idea Lab. 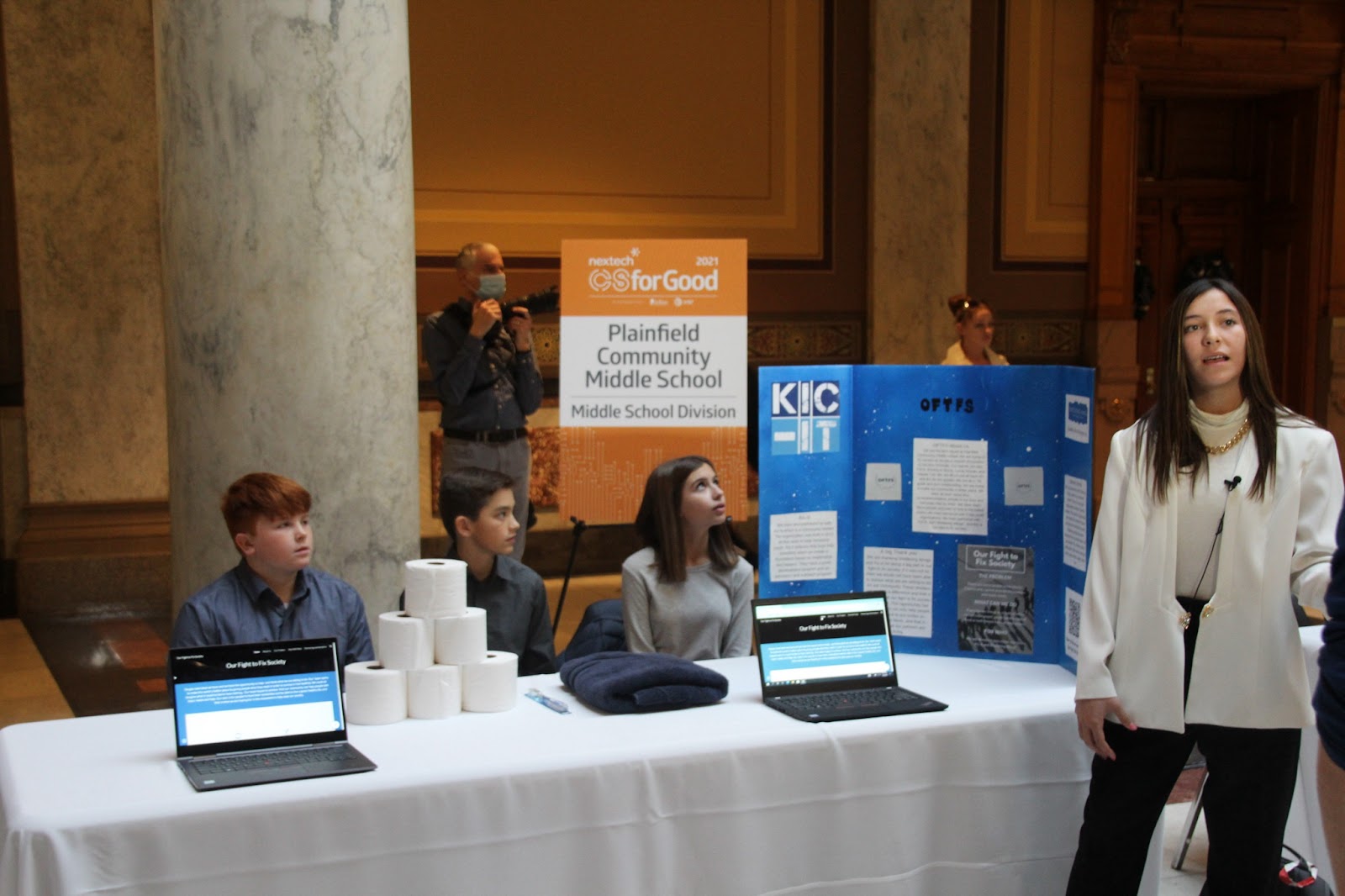 They also were approached by Dr. Katie Jenner, Indiana’s Secretary of Education, and they presented privately to her after the conclusion of the competition. 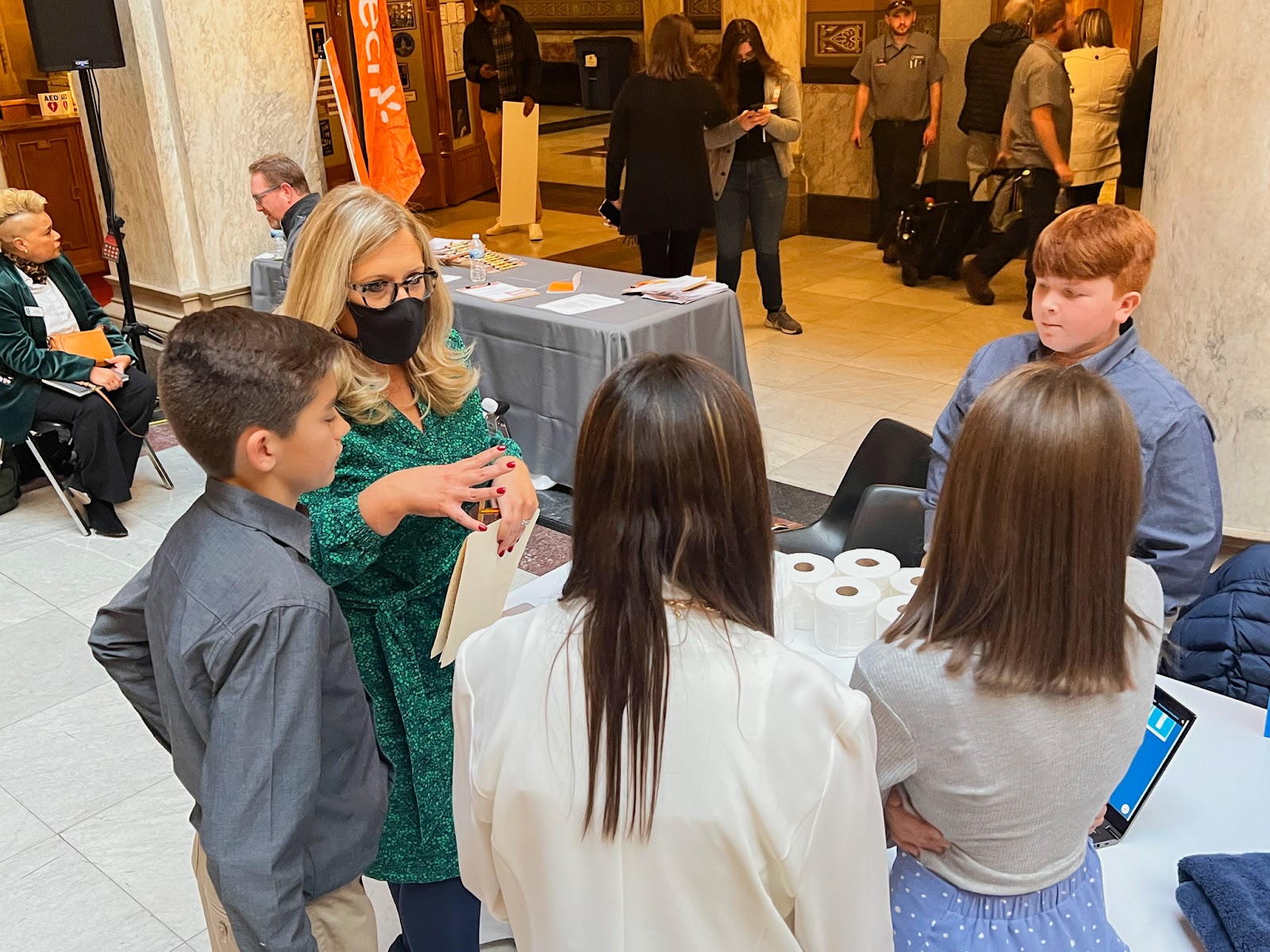 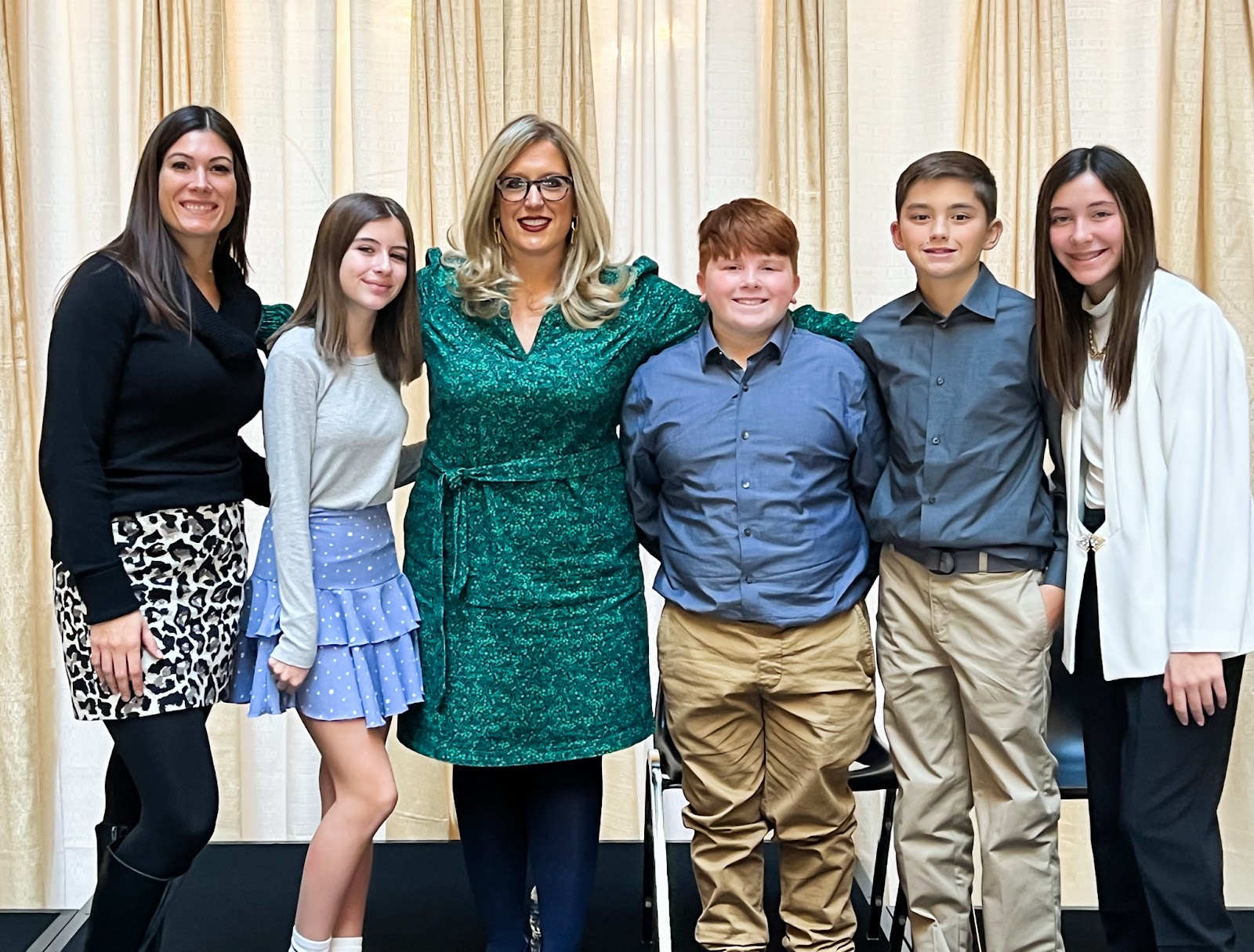