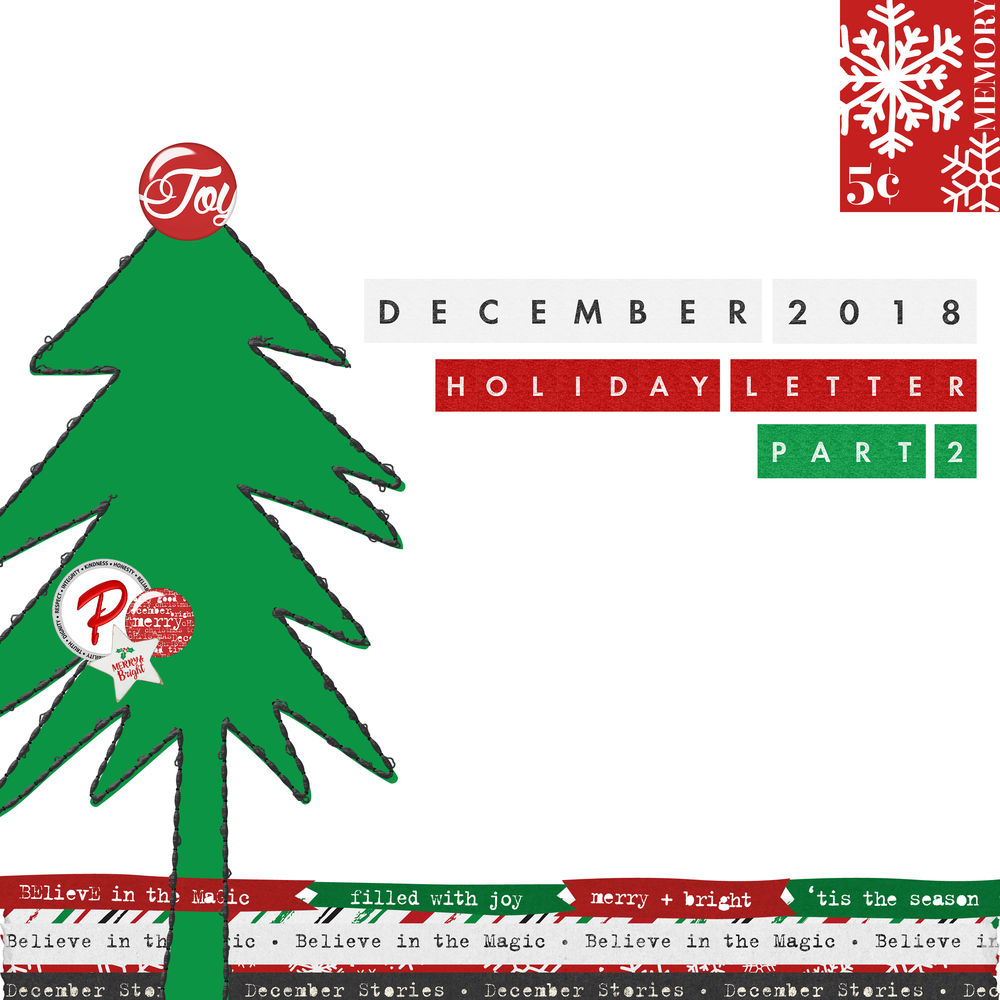 It has been another very busy week, and I hope you're settled in to read just a few notes that I've kept.

At the high school, students participated in a food drive and they were rewarded with donuts. That seems like a great tradeoff, doesn't it? This was the 30th year that PHS students have collected food to be given to St. Mark's  food pantry, and this year they donated 4,389 items! 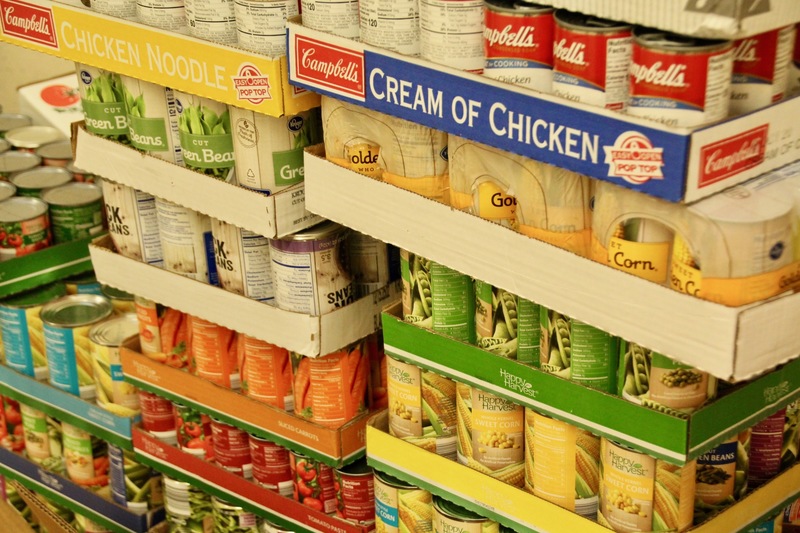 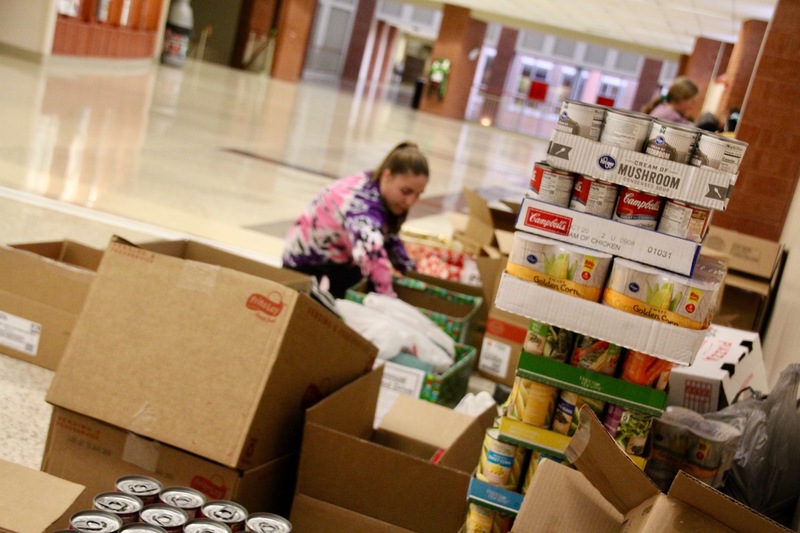 There were high school students who spent the early part of the week looking very grown up in suits. They were competing in the "We The People" state competition, where they were tested on their knowledge of our Constitution and current events. The students finished third in the state - isn't that impressive?! They are incredibly smart and can debate very, very well!

6th grade students put on a Greek Festival early this week. It seems as though they really enjoyed learning about such an important part of history. They dressed in traditional Greek attire that represented the city-states that they represented, they enjoyed Greek snacks and participated in their own Olympics. 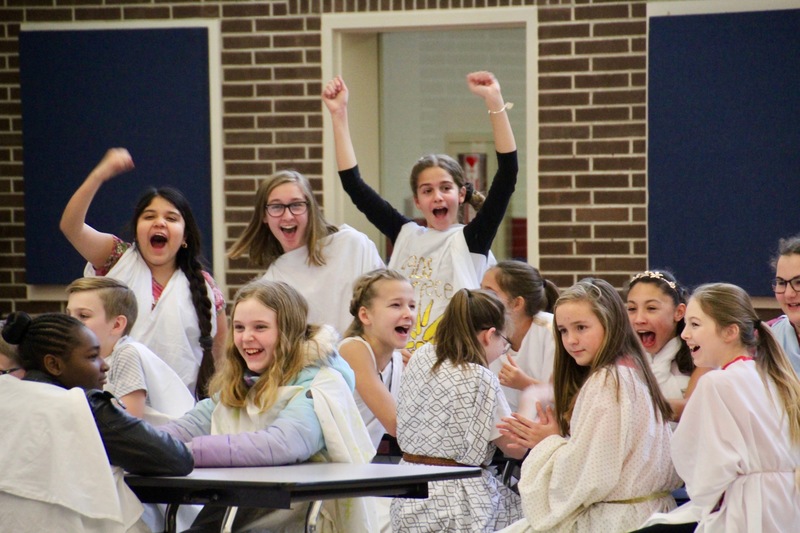 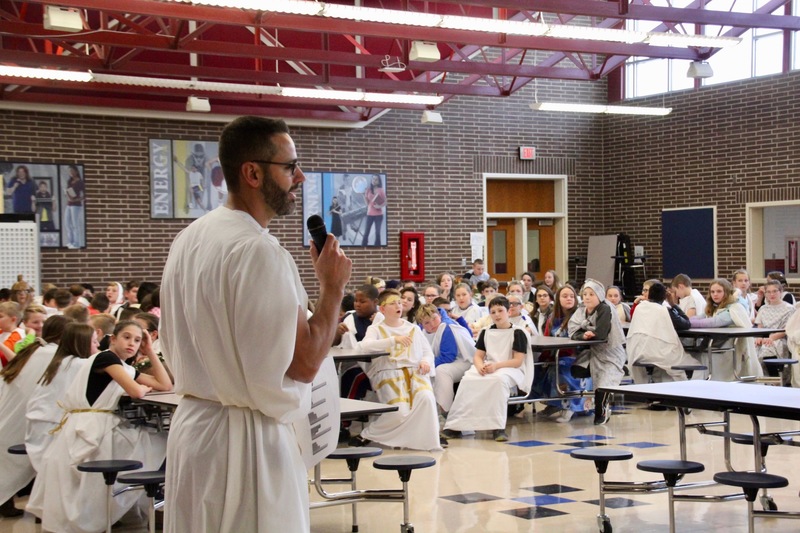 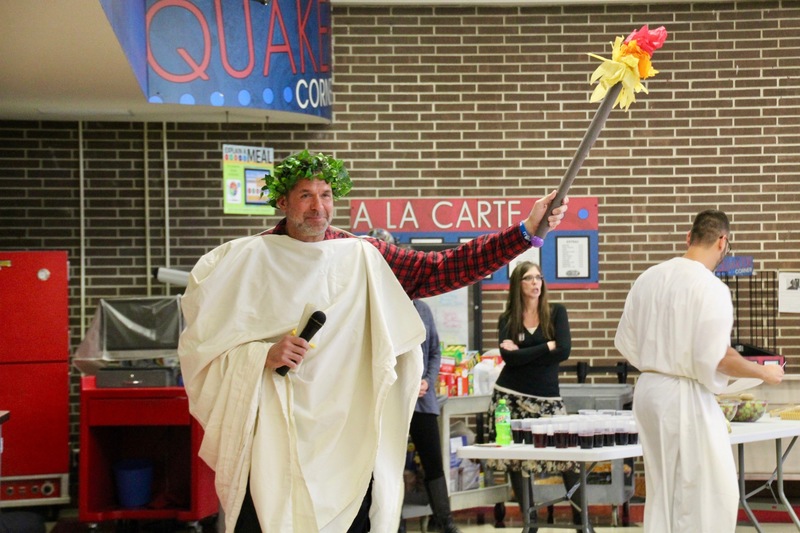 It was pretty cool, and some of them took it very seriously. Also, there were so many parents who came to participate and help with all of the events. It was another great example of how willing people in this community are to help one another. That whole kindness thing, it seems to happen all the time! 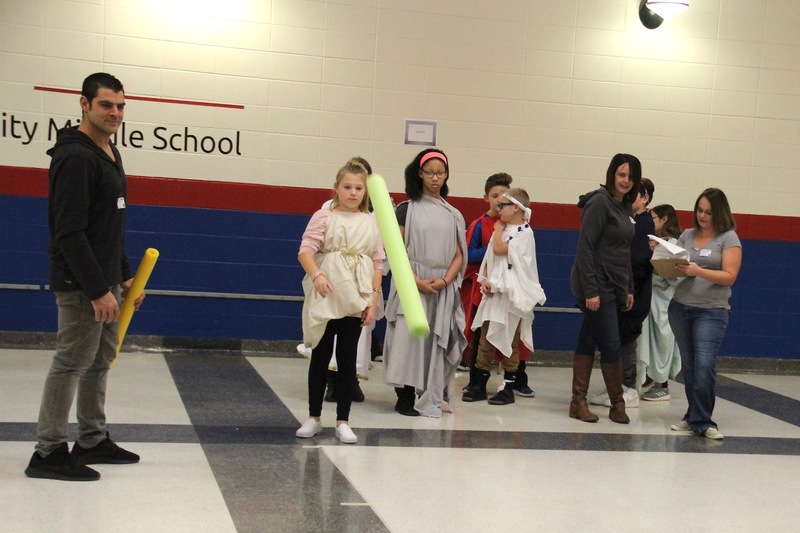 Last night I attended a school board meeting. It begins with a packed room - people of all ages filled all of the seats. Mr. Olinger read some nice letters about boys and girls who were very respectful last month, and they received an award and a gift card for pizza, YUM. Then they took pictures, and almost everyone went home, except for the people at the great big table in the front of the room. They stayed for a while longer and talked about some things I didn't understand very well, but it was clear they have all done their homework. Here is a picture of the children who were were honored - aren't they a cute group? Oh, the young lady holding the big frame? She designed the holiday card that the school system is using this year, and they surprised her last night by announcing that her card was selected. She was pretty excited! 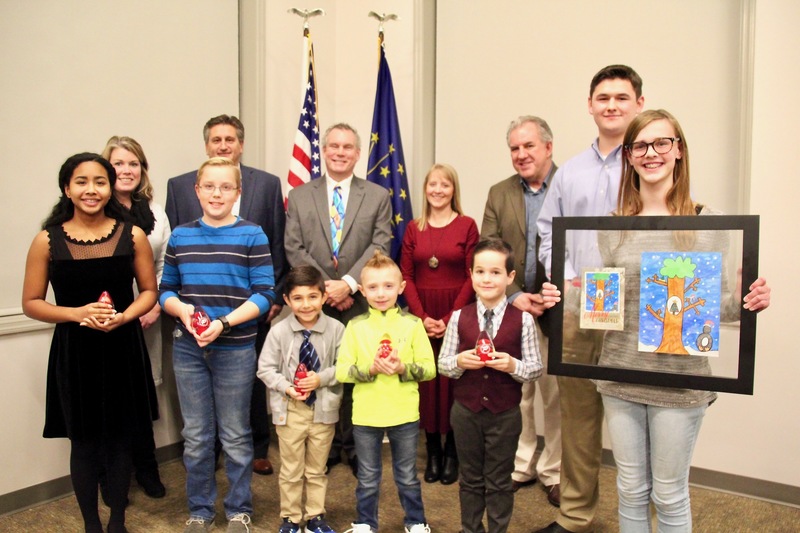 This morning, there was something called Donuts with Drivers at Brentwood. Bus drivers were asked to choose one or two children from their bus who regularly follow all the rules and show the most respect to their friends and the driver. The PTO sponsors the breakfast, and the children eat fruit, yogurt and donuts with their drivers. The boys and girls have such nice manners and you could tell how much the drivers appreciated it. 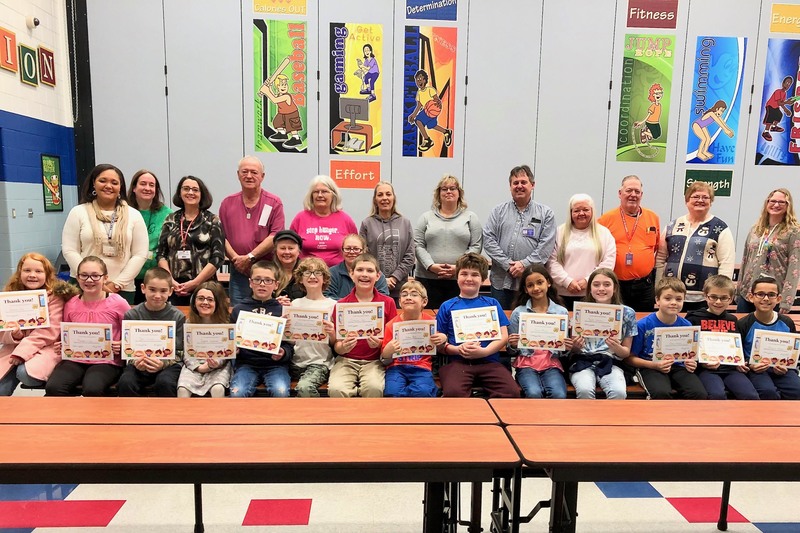 Today was a funny day at the middle school. People like to wear what they call "ugly sweaters." I'm not sure why it's so much fun if you think it's ugly, but I guess it's good to laugh at yourself sometimes? Anyway, people also seem to LOVE to have their pictures taken wearing these sweaters. I've included a couple here; maybe they will bring some laughter to you as well. 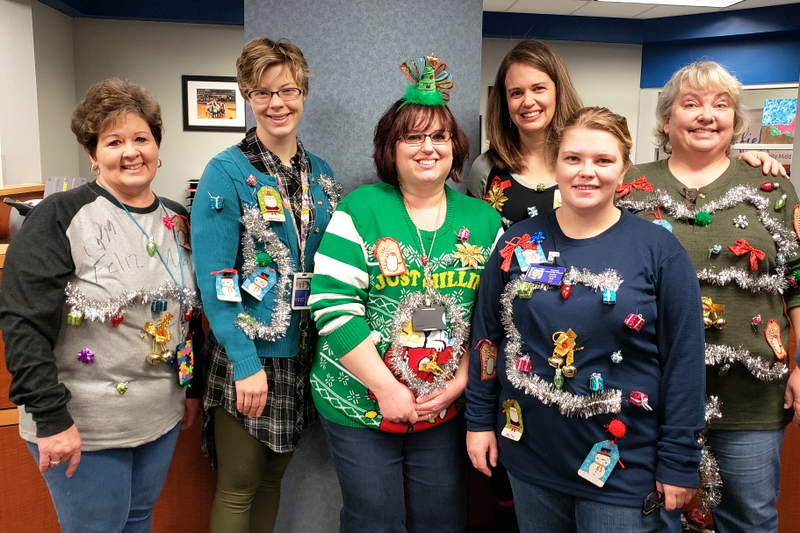 The teachers at  Central Elementary have transformed the doors to their classrooms into storybooks, and I took some photos that I thought you might enjoy. They are so creative! 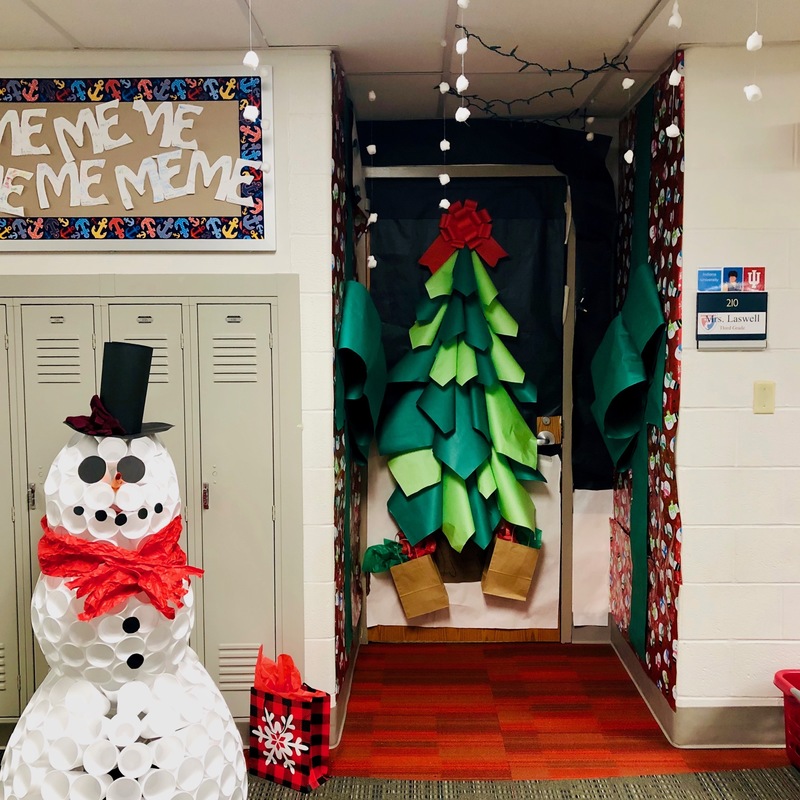 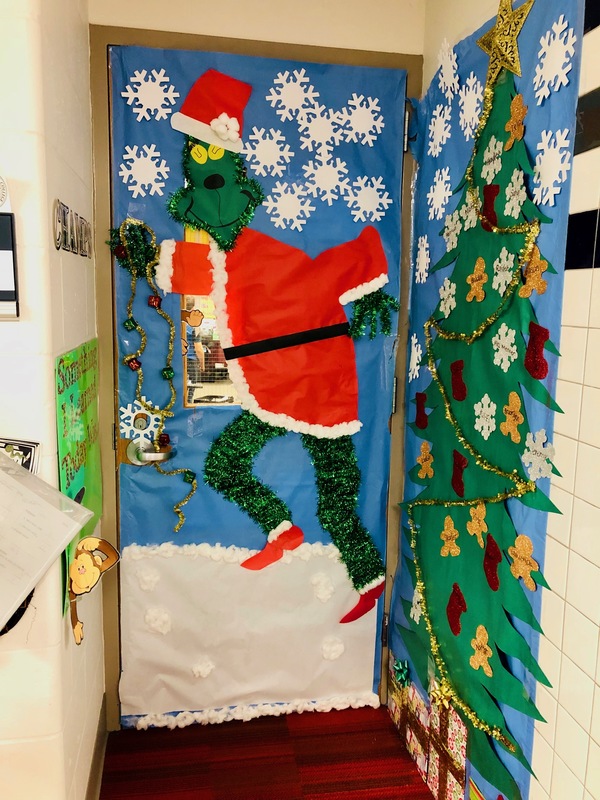 I could write so much more, but I know the days are getting shorter and no doubt you have many things to accomplish. Until next time ...