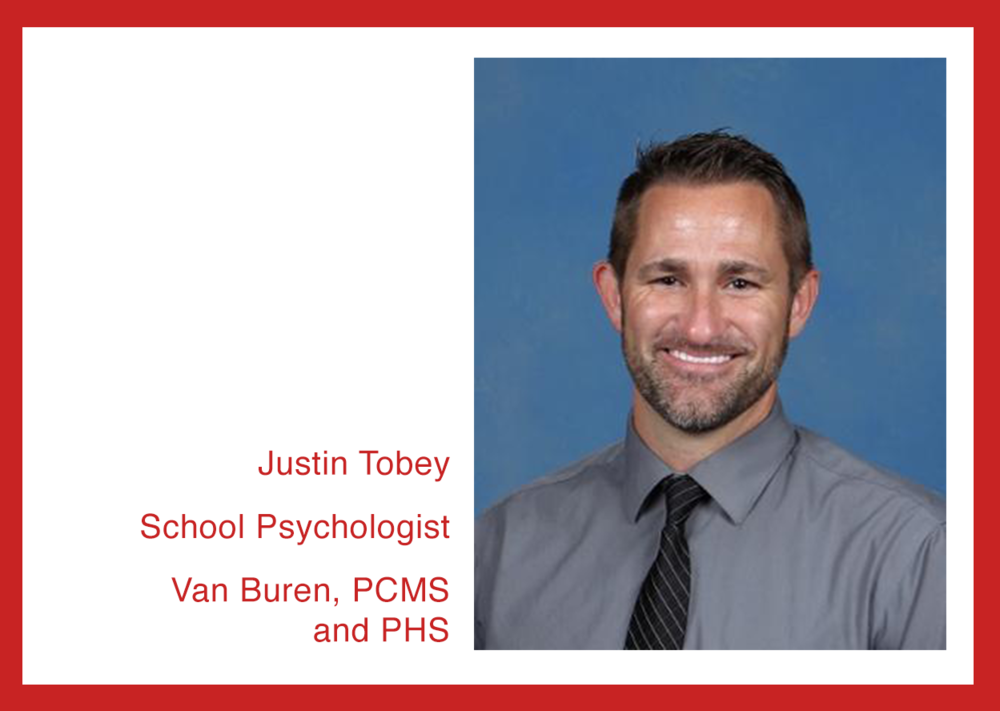 Justin came to Plainfield ten years ago, just after completing graduate school. During that time, he has come to enjoy the variety of people he gets to work with each day, stating “the staff and parents in Plainfield have always been great to me.”

When he’s not in his office or a classroom, or spending time with his wife (yes, Mrs. Tobey is a 4th grade teacher at Central) and their two young daughters, you might find Justin playing one of any number of sports.

“Every day a student, whether in kindergarten or high school, will put a smile on my face. The sense of humor, heart, and determination these kids have never ceases to amaze me.”