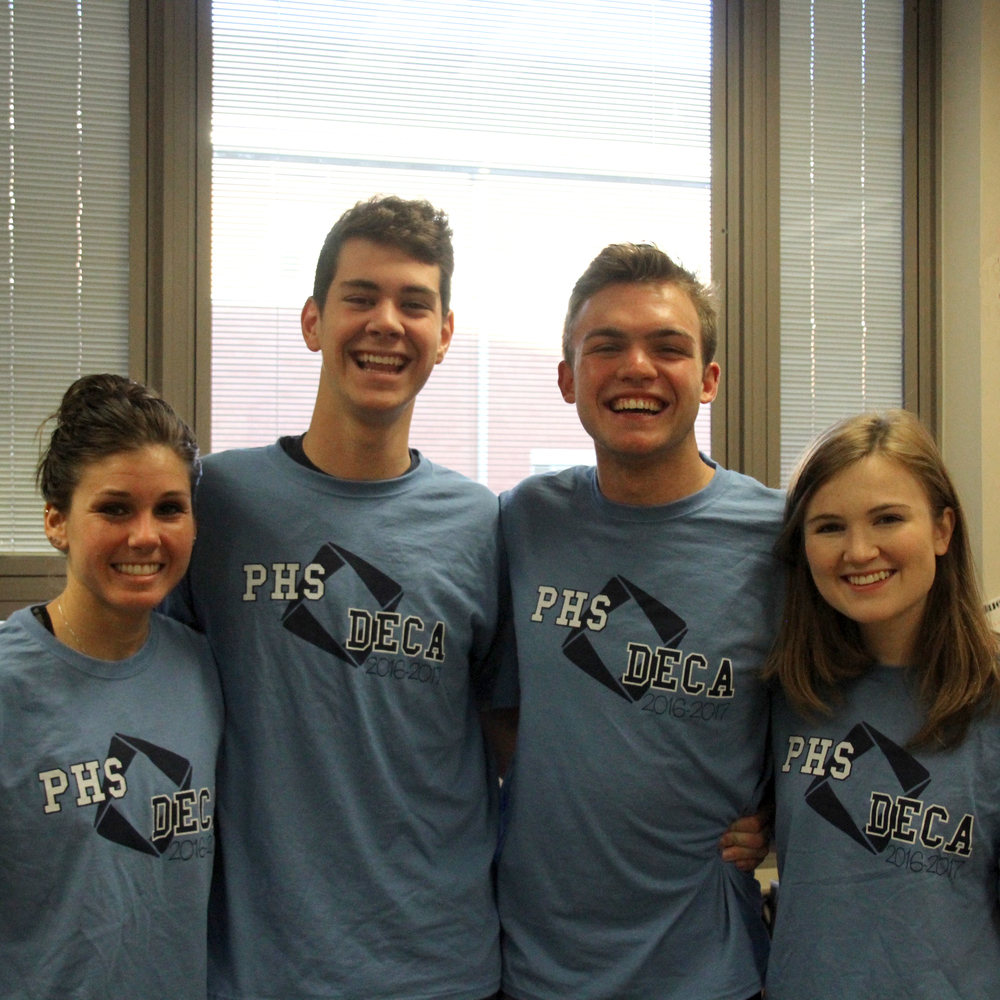 For nearly 70 years, students have competed in district, state and international competitions based on DECA’s mission to prepare emerging leaders and entrepreneurs in marketing, finance, hospitality and management in high schools and colleges around the globe. With a focus on classroom instruction, applied learning, business connections and competition, DECA provides a standards- and real-world-based framework.

Planker and Thompson were partners in this year’s marketing management event, which was scored based on a written test and a role play presentation made to a judge after having just 30 minutes to review the case study.

The Purdue-bound Planker, who plans to study marketing and journalism, said he and Thompson decided early in the year that their first goal was to earn the trip to Nationals, primarily because they’d heard so much about the power of networking. He and Thompson (Hanover, Communications) said the experience lived up to their expectations.

Hines was making her second trip to Nationals, having earned the coveted position as a Freshman. “I learned to be more independent that year, and vowed that I would return.” After finishing second in the state meet, she approached the national competition with no serious goals other than to learn from the experience. Imagine the feeling, then, when she learned she’d finished in the Top Ten in the Automotive Services Marketing category. Hines, who will study data analytics at California’s Westmont College, credits her experience in Craft’s Marketing class, along with what she’s learned in her economics and statistics classes, with her success.

For Craft, this marked a milestone as well: she received her five year service award. Her enthusiasm for what students can gain from DECA is enthusiastic, and she has serious plans for the future, both in terms of expanding the PHS business curriculum, as well as its DECA program.

When asked to summarize their experiences with DECA, a few points were clear:

Congratulations to Paul, Cole and Maggie! We wish you all the best in your futures, and have a feeling you will be quite successful.