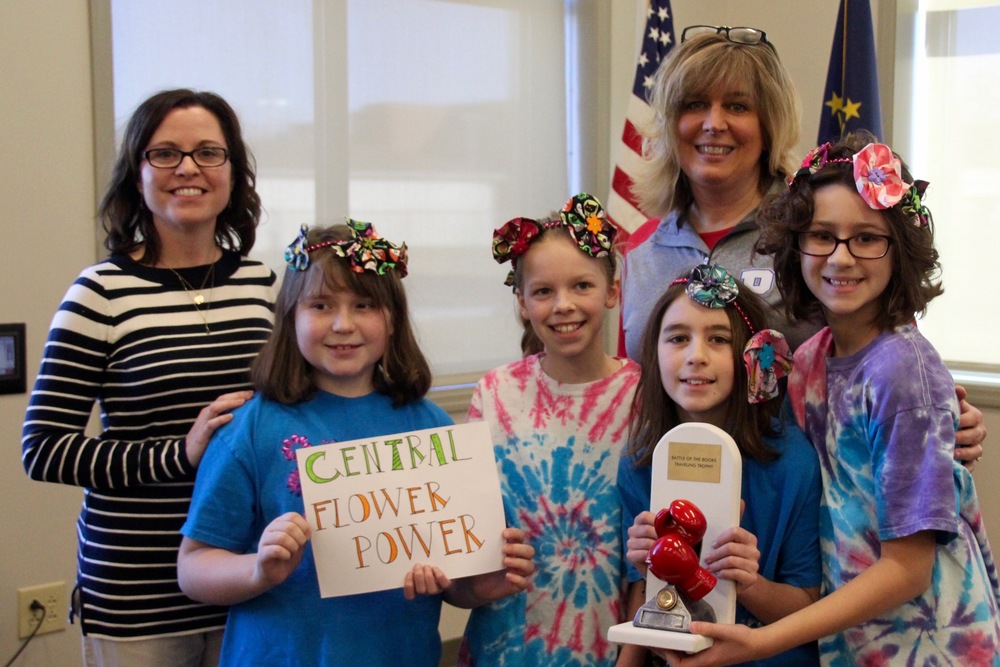 What does this describe? The 2018 Battle of the Books! Today's final round featured the top team from Brentwood, Central, Clarks Creek and Van Buren, each vying for the coveted boxing gloves of literacy. 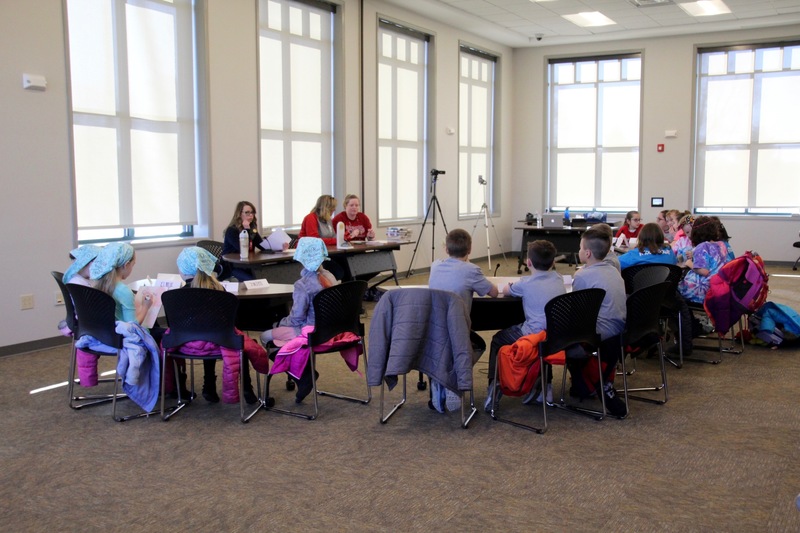 Last fall, shortly after they began the school year, students formed their teams and began working with their school's Media Specialist, all in preparation for the grueling competition. Why grueling? They read 18 books, studied them intently, chose a team name (and in some cases, came up with team shirts or headbands), and in general, prepared for the elementary literacy version of the popular television shows, "Brain Game" and "Jeopardy!" 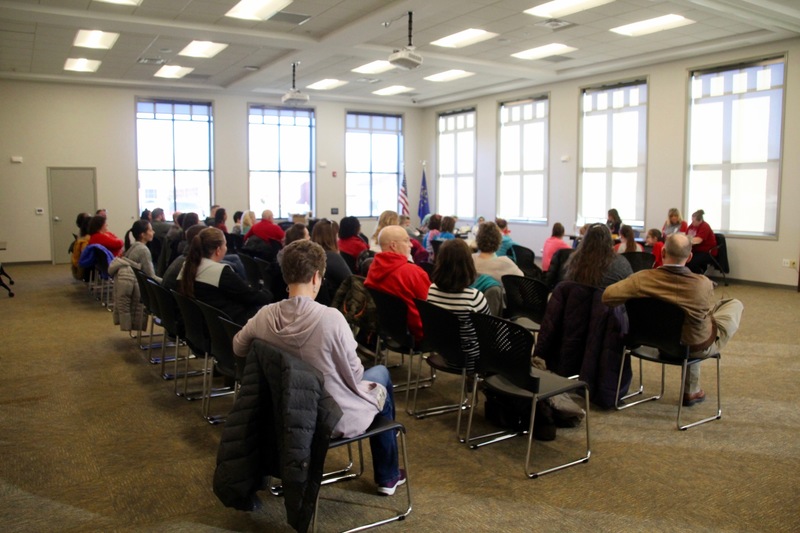 And these aren't your everyday, run of the mill preteen books. The list? 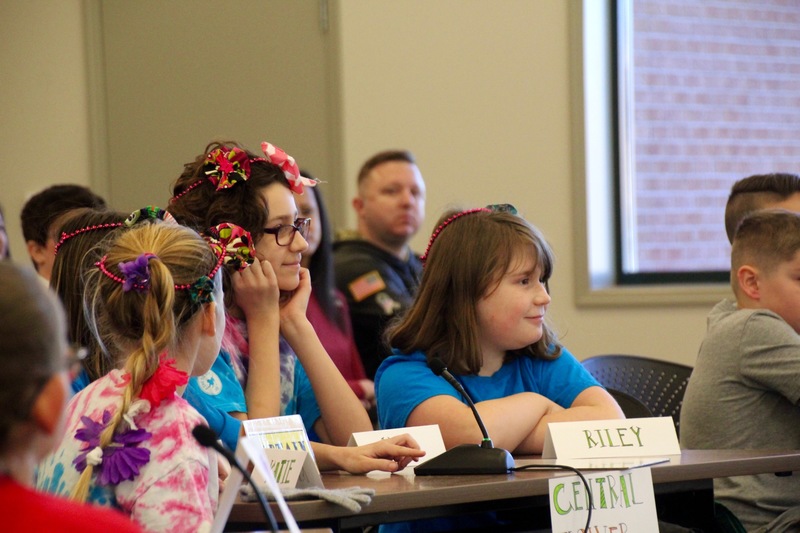 This morning, a school bus delivered the Final Four teams to the PCSC Administration Building, where an audience made up of their principals and family members quietly cheered them on in the final round. One by one, the teams answered questions covering all areas of the books; if a team responded with an incorrect answer, the other three teams had the chance to respond (and to earn points).

In the end, the Central team, "Flower Power," was presented with the traveling trophy, but everyone agreed that all the students represented their schools with great knowledge, sportsmanship and spirit. Congratulations! 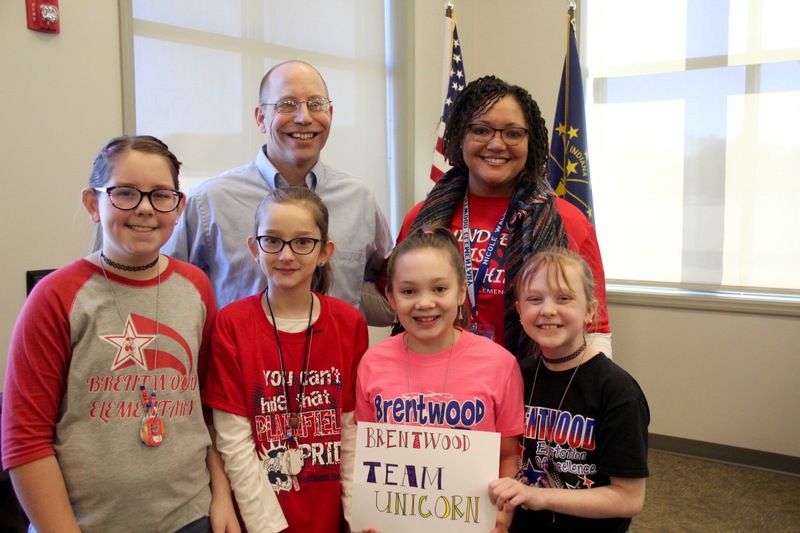 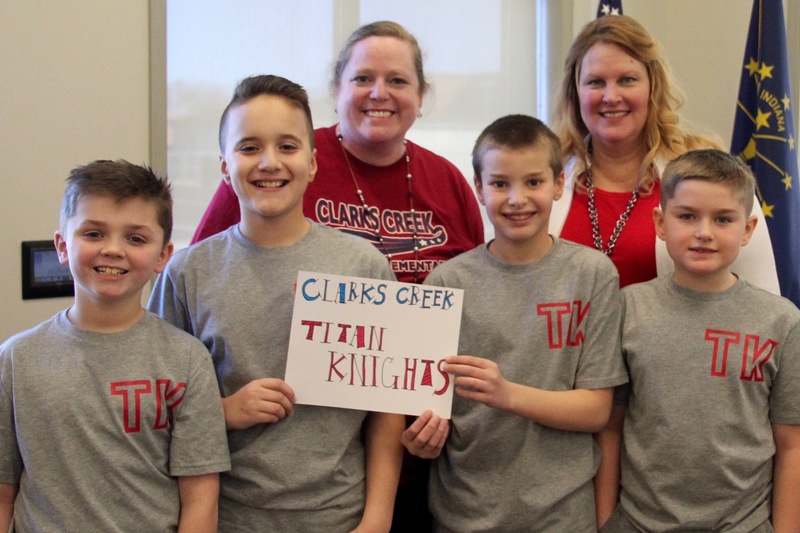 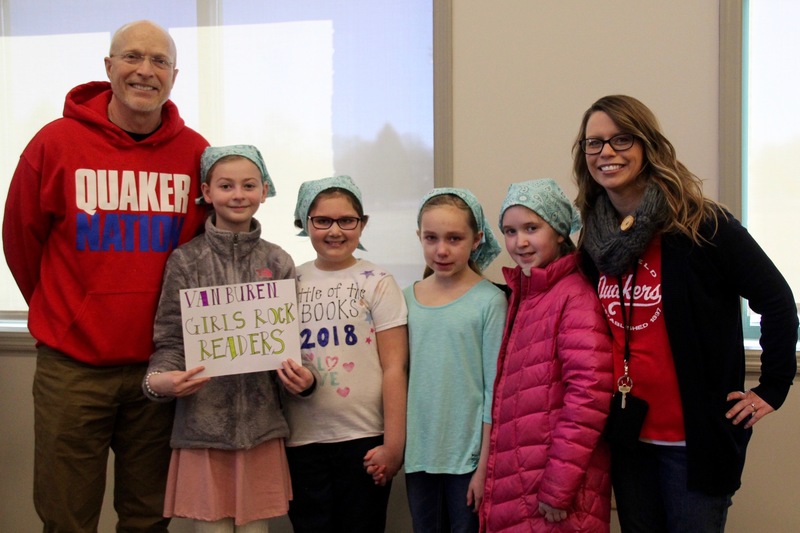