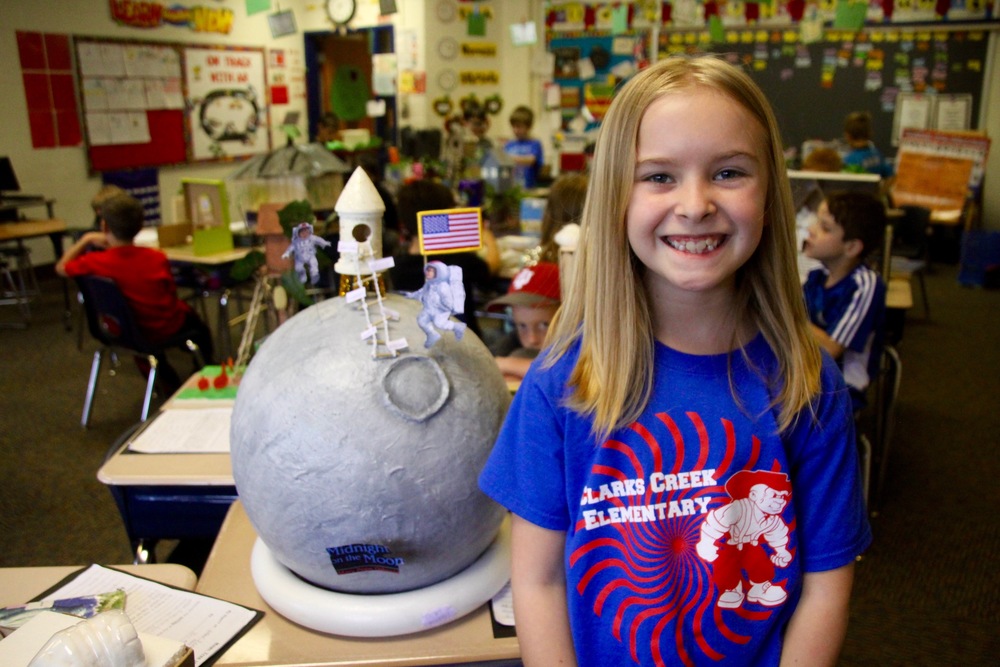 Each student selected one of the books in the series to read. As part of the project, they identified seven words they were not familiar with but that appeared in the book. They completed a series of typical questions about their reading.

What wasn't typical, however, was the next part of their assignment: building a tree house, desktop style, to represent the book they read.

And on Friday, the Clarks Creek second grade classes held an open house so that all the students could see one another's projects. The pride and excitement generated by the project was evident, as they asked each other questions about the books, and especially as they talked to students who came away with different takes on the same books.

And those seven vocabulary words? They were used as the steps on the ladder to climb into the treehouse! Highly visible and great reminders  of their learning.

When asked "will you read more books in the series?" Nearly every child gave an enthusiastic yes.