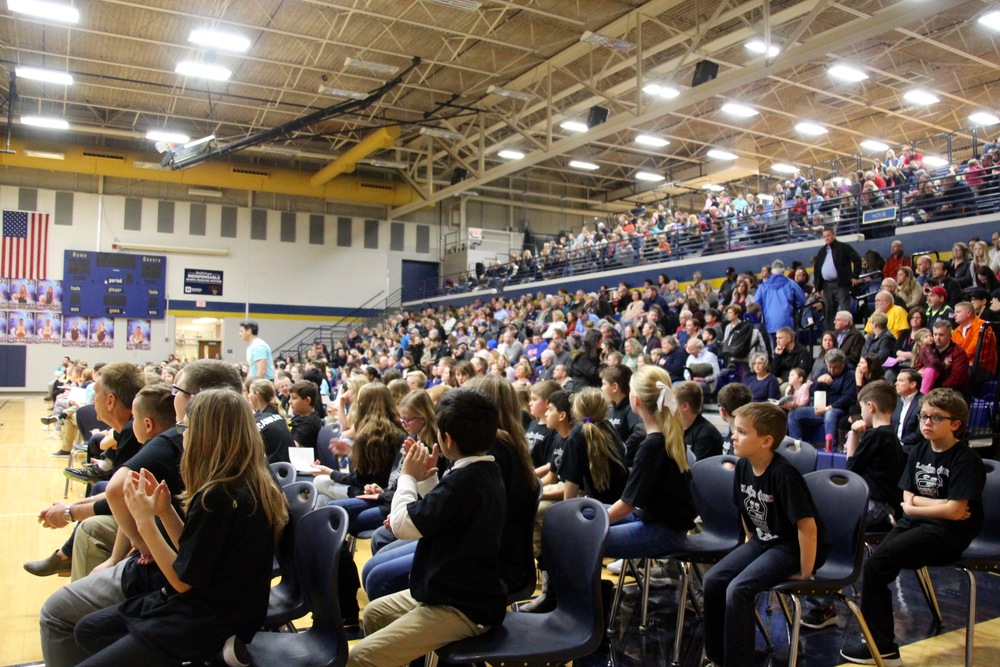 Last night marked the 22nd Annual Indiana Academic M.A.T.H. Bowl, sponsored by Purdue University and the Indiana Association of School Principals. The local competition was hosted by Tri West High School, and all four of Plainfield's elementary schools participated, along with public and private schools from throughout the area. 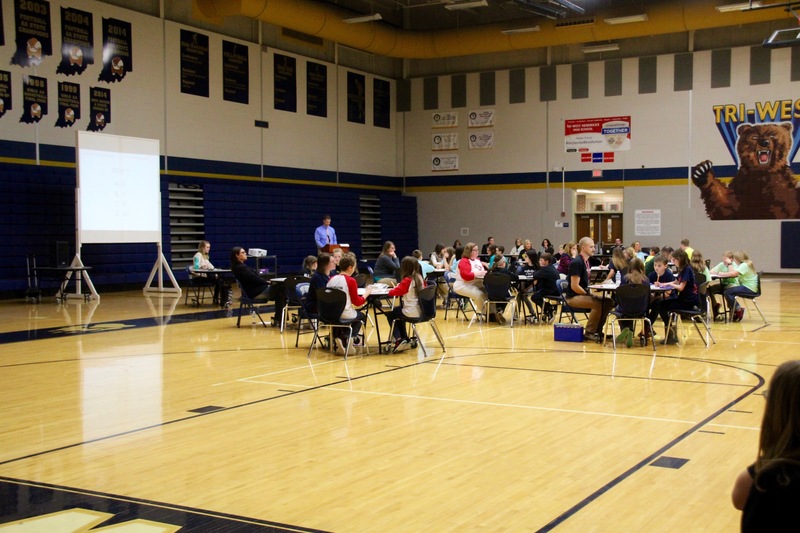 While the snacks and commercials are not quite on par with the Super Bowl, the intensity and excitement isn't far off! The students, representing 4th and 5th grades, put in lots of extra hours developing math skills, sample problems and teamwork. 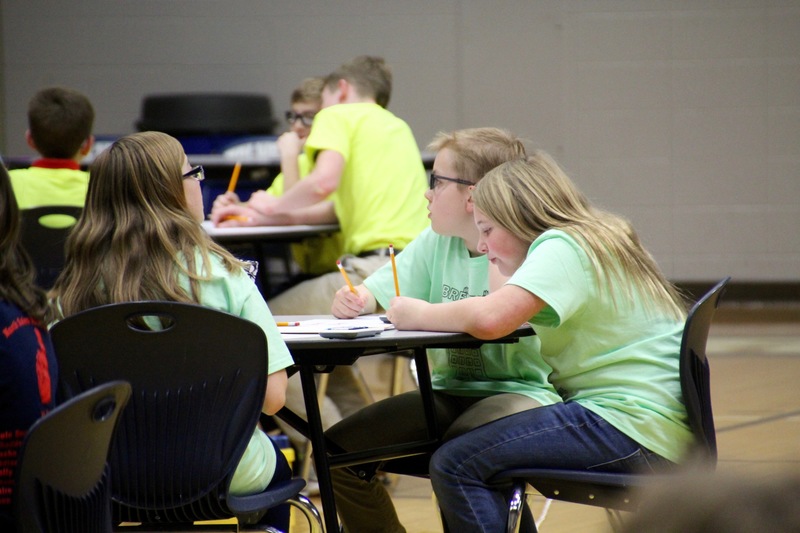 Working in groups of three at a time, students rotate through eight rounds of competition, each round featuring eight multiple choice or story problems. The depth of knowledge required surpasses the grades 4-5 math that many of us learned a few decades ago! 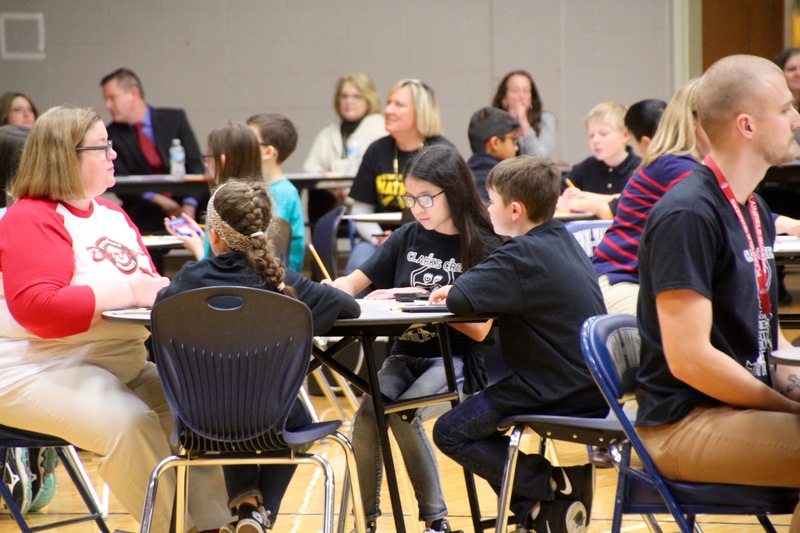 Congratulations to the team from Clarks Creek, who came in first in their division! And congratulations to Brentwood, who scored the highest of all four Plainfield teams! Finally, thank you to the coaches from each school:

Showing their pre-game confidence, these Central mathletes had no pre-match jitters. 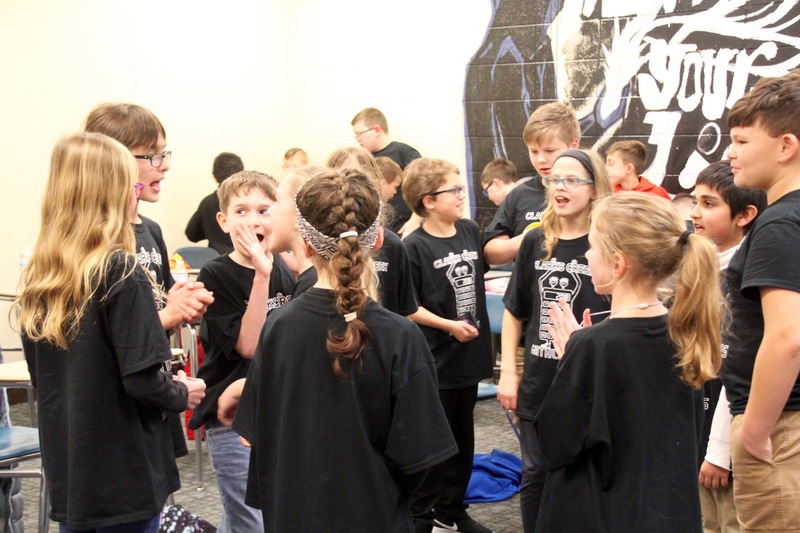 The team from Clarks Creek used a pre-match chant and dance to ride themselves of any nerves. 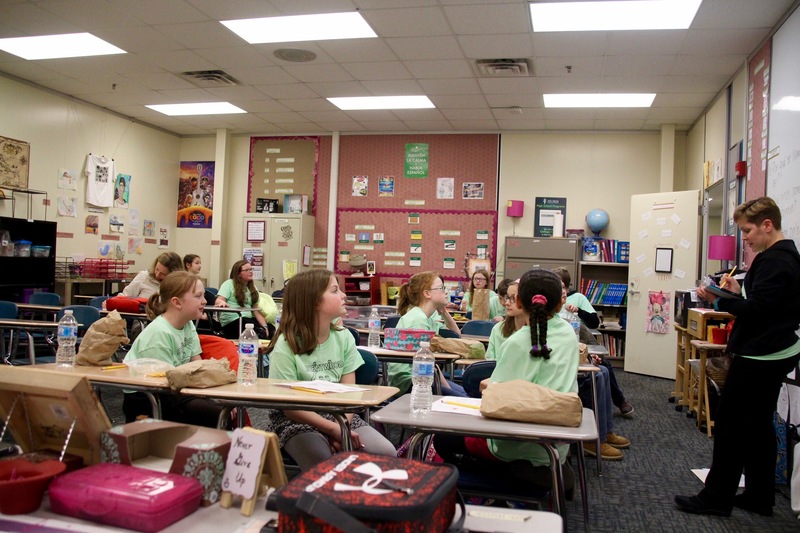 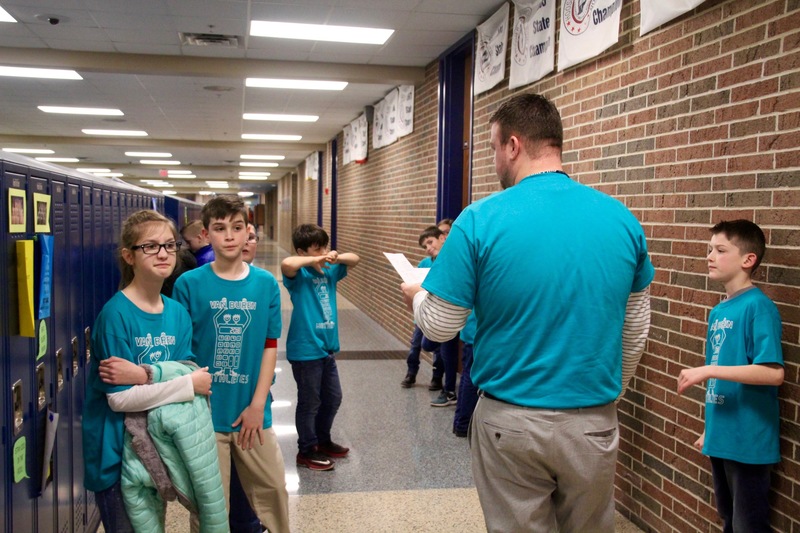 Van Buren mathletes go over some last-minute instructions before entering the gym. 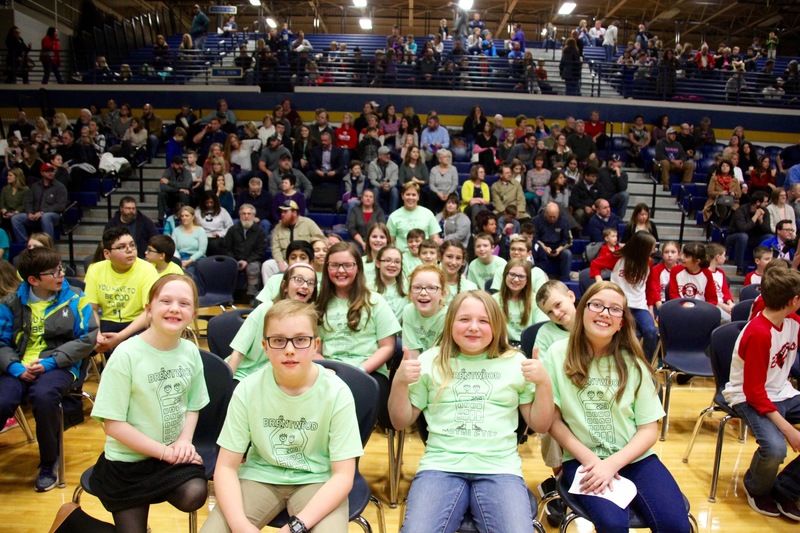 Brentwood's team is ready to go! 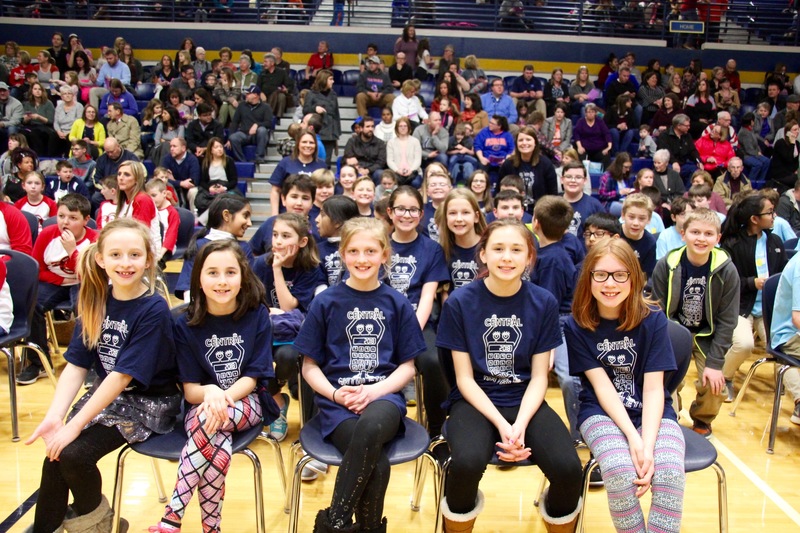 The Central team, poised for action. 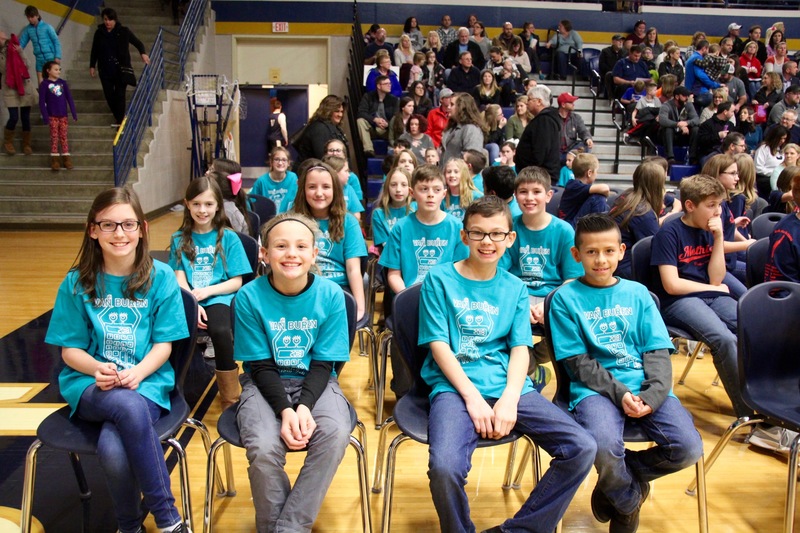 The Van Buren team is excited for the competition. 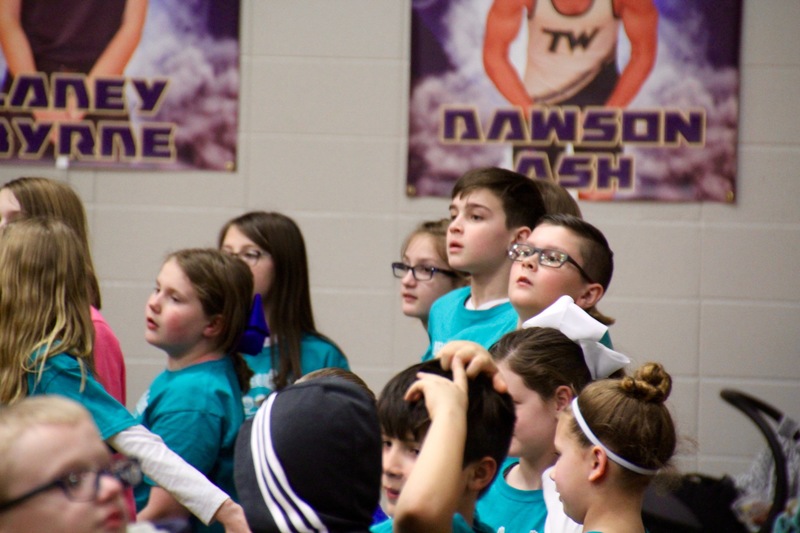 Anxiously checking their score after Round 2.

High fives after a tough set of questions.