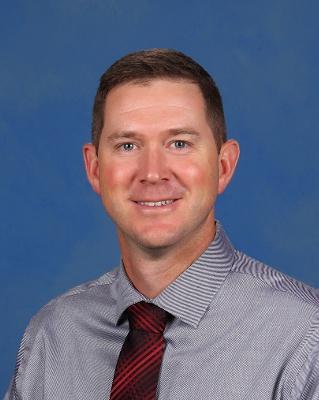 PHS Athletic Director Torrey Rodkey has announced the hiring of Shane Abrell as the coach of the school's varsity baseball team. Abrell is a 1998 graduate of Terre Haute South High School, where he was a three-sport athlete before moving on to play baseball at Indiana State University.

Prior to coming to Plainfield in 2015 to help expand the school's computer science curriculum, Coach Abrell was the Athletic Director at Terre Haute North High School; he coached multiple sports over 13 years, including baseball, basketball, and football at Terre Haute South. In addition, Coach Abrell has been an active coach and supporter of youth baseball in the Terre Haute area.

In addition to teaching and coaching, Abrell has done extensive website design work for Terre Haute-based Clabber Girl and the Indianapolis Motor Speedway, and served three years as a Reserve Deputy with the Vigo County Sheriffs Office.

Coach Abrell and his fiancé, Shannon reside in the Plainfield area.